What are the blue markers on the road? 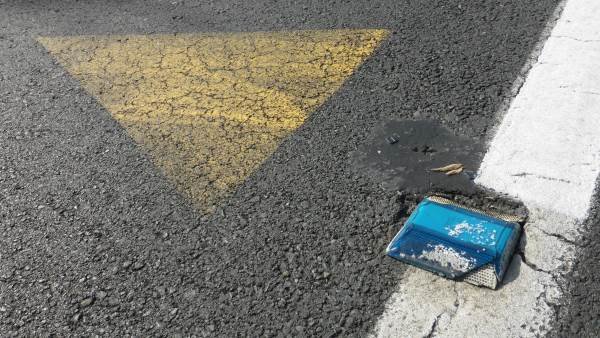 Ever wonder about that one reflective blue marker you spotted in the middle of the road? You might begin to notice them now and then, on or near the centre line of streets all around Australia.

Sometimes they have yellow triangles stamped next to them. Those blue markers are “raised reflective pavement markers” (RRPMs). Other names they go by include “road markers”, “road reflectors”, “cat’s eyes” and “road studs”. RRPMs also come in white, yellow and red.

What do the blue markers on the road mean?

In Australia, blue RRPMs have just one application. They mark the location of a fire hydrant, beside a sealed road. New Zealand uses the same colour-coded convention.

The exact use and placement of blue markers, along with all the other differently coloured markers, is set by convention, but not quite standardised, throughout Australia and New Zealand. States (and nations) each have their own specific regulations.

Blue cat’s eyes are what we call secondary fire hydrant markers. They can be adjacent to a hydrant (beside the road) or they may mark where to find a light or power pole that has a marker plate.

Marker plates indicate the exact distance of a hydrant from the pole, the hydrant’s direction (the plate faces it), and the size of the water main.

Why are blue reflectors on Australian roads sometimes off-centre?

If the blue RRPM is clearly to one side of the centre line, then that is the side of the road the hydrant or primary marker is on.

If the blue marker sits directly on the centre line of the road, a yellow triangle (or arrow) on the road next to it points the driver to the side of the road where the hydrant or primary marker sits.

Why are raised road markers needed to find fire hydrants?

Hydrants around Australia are mostly underground, accessed through a 'surface fitting' cover. Due to the cover’s flat profile on the ground, they can be hard to find and difficult to see from the road.

Fire crews need to be able to find water fast in emergencies, and getting a hydrant working is a priority job when attending a blaze.

These blue RRPMs let firefighters know where to look at a glance.

On unsealed roads and paths, marker posts at the fence line indicate the locations of fire hydrants instead of raised pavement markers. That’s because there’s no reliable way to stick the markers to the surface of the road. Unsealed roads also present the risk of dust, dirt, mud and other debris building up on top of the reflector, covering it over.

Why are fire hydrant markers blue?

Blue is the odd exception in Australia’s general standardisation of colour for raised pavement marking.

In most aspects, we follow the same system as the Europeans. When it comes to blue RRPMs, however, we use them for the same general purposes as they do in the United States. Most likely this is because blue is the least visible of the standard RRPM colours at longer distances (although it still reflects visibly for hundreds of metres).

Firefighters are likely to be searching for a hydrant within a fire-hose distance of a blaze. Additionally, in the city and suburban streets, hydrants are generally spaced apart less than 200 metres, which, according to a 2018 report on American road markers, is about the distance a blue retroreflective light is visible.

How do blue road markers work?

Since they need to be highly visible, blue RRPMs are required to conform to a set of standards. Those standards include a particular shade of blue that’s proven for road marking.

The standard that defines the legal performance requirements and dimensions of a retroreflective RRPM is AS/NZS1906.3-2017. Blue RRPMs are retroreflective – which means that they reflect light back to the source it came from, with minimal scattering. They achieve this through their construction.

Made of thermoplastic, blue markers are rectangular with ramped sides and contain a highly retroreflective micro prismatic lens under an abrasion-resistant coating. This translates to high visibility at a distance, and bidirectional reflection. In other words, they are visible from both directions, in adherence to the Australian standard. The standard also sets proper marker size and dimension, durability and other performance criteria.

How are blue road reflectors attached to the road?

Installation of RRPMs is accomplished with an epoxy adhesive that can durably bond the plastic to bitumen or concrete surfaces, or with adhesive pads.

Jaybro stocks a full range of standards-compliant RRPMs, as well as all the reflectors, markers, tools and materials you need for road, lane and line marking projects. Our friendly team is always available to help you find the right product. Contact 1300 885 364 or email us at [email protected]. 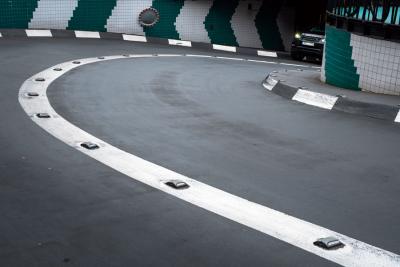 All about reflective pavement markers and line marking for roads 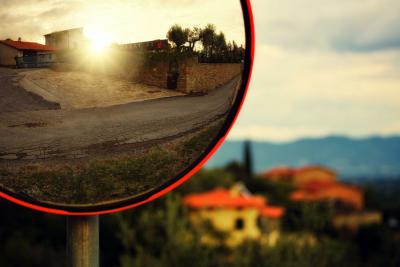 How to choose the right sized safety mirror

How to install road signs

Everything you need to know about kerb ramps

Pedestrian, walkway and road safety: take it to the next level

Get our weekly Wacky Wednesday Deals!